Film Bikeman (2019) tells the story of a young man who tried to cover up his original job and pretended to be a bank employee.

Before watching the film, check out the Bikeman full movie (2019). Bikeman is a comedy-drama genre directed by Prueksa Amaruji. This film from Thailand tells of a young man who disguised himself as a bank employee to please his mother.

Films Bikeman tells of a 25-year-old man named Sakkarin (Pachara Chirathivat). Sakkarin found it difficult to get a job. His family, especially his mother always wanted Sakkarin to be someone who worked in a bank.

Working in a bank according to his mother can provide many benefits for his life in the future. To please his mother, Sakkarin was then forced to lie about his activities. He always wore the uniforms of Bank employees every morning when he left the house, in Ayutthaya. He confessed to his mother working in a bank.

However, when he was away from home, precisely when he was in Bangkok, Sakkarin later turned into a motorcycle taxi driver. His secret begins to be threatened when he meets his first love in high school, Jai (Sananthachat Thanapatpisal), a banker.

When meeting with Sakkarin, Jai was wanting to order a motorcycle taxi. The two of them also talked about a lot of things. But the story became more complicated when it turned out that Sakkarin was always watched by A’s lover Jai.

A is a bank director. Not only that, but Sakkarin’s lies also began to emerge when his uncle Preecha (Kom Chauncheun) suspected whether he really worked at a bank. Uncle Preecha often goes back and forth in Bangkok because he has a business there. Uncle Preecha was a former policeman and also a friend of Sakkarin’s father.

He was always watching Sakkarin because he was getting suspicious. How does the Sakkarin story continue? 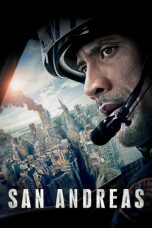