The depressed middle-aged woman explained that 7 days after playing with the Ouija board, she would die the same as her daughter. At that moment there was a strange smell in their flat, a cat died. The young woman in the same flat was afraid of something but found it was only a cat in the storage room. Sometime later, single mother Le Mengya and her daughter Le Wenwen moved to the same flat in an old-style building at a cheap price.

Le Wenwen looked for dolls in the storage room at the end of the corridor to find an ouija board. That night Le Wenwen sleepwalks, Le Mengyao finds him playing with a board, asking when his parents will live together again when he misses his father. The first day, in the morning Le Wenwen found his tropical icon dead.

Le Mengyao heard his daughter’s voice at baby come when she was right outside playing, and there was a strange brat in the flat. Day 2 The old woman who lives downstairs tells Le Mengyao, someone died in the flat 6 months ago and since then only a group of young people have been living there for a while. Le Mengyao discovered that a man had raped his stepdaughter and when he was pregnant he hung himself, after which the stepfather disappeared.

Le Mengyao tells the story to his close friend Xiaomin who then imagines he sees a female ghost in the storage room. Day 3, Le Mengyao became angry when he saw Xiang Tian’s biological father Le Wenwen, meeting the child at the gate of the children’s park. He forbade him to see his daughter, even though Le Wenwen encouraged him.

That night Le Wenwen walked again, Le Mengyao was struck by the appearance of a ghost on his clothes. Day 4 Le Mengyao hosts a webcast telling stories at night, inviting his friends, paranormal specialists Huzi and Jiuer to investigate by filling the flat with sensors and cameras. On the 5th day, at night something triggers all the equipment, Huzi saw Xiang Tian leave in the car.

In the morning Le Mengyao told Xiang Tian to stop by at night to leave him a doll for his birthday. He told his daughter because he gave her the key but later agreed to let her see Xiang Tian. On the sixth day, after frightening again at night, Le Mengyao called Xiang Tian for his help to make Le Wenwen sleep.

But in the morning the young girl appeared to be in a coma. On the 7th day the deadline for the curse of the ouija board arrived, Le Mengyao investigated the history of his flat talking to young people who were there before him and especially Lu Jinyu, the mother of the raped girl who had hanged herself. What happens next becomes the core of the Mortal Ouija Movie 2019. 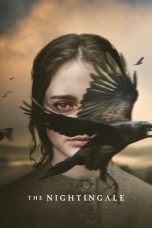